“This week, the National Organization of Minority Architects is holding its annual conference in New Orleans . . . exploring how design and place-based interventions can drive social change..”

Can we discover anew in the familiar? Insider tips made public, in hopes to catalyze pedestrian discovery

GOOD, BAD + the FUTURE at the Crosswalk

“African Americans may have to wait in a crosswalk about 32% longer than white people before drivers stop.”

"’That's what makes contemporary forms of bias so pernicious—we may not be aware that we have these biases,’ says Kimberly Kahn.”

Futurity :: Racial Bias at the Crosswalk

Glacial Melt In Our Own Backyard

This is no polar bear, far-flung tale, this is climate change at a stone’s throw (albeit a harrowing 30+ mile stone’s throw through treacherous terrain).

“‘I’m getting the feeling I may be the last geologist to study these glaciers,’ Stock [a naturalist + geologist] said. ‘Pretty soon, there won’t be any ice here at all, just a rubble-strewn basin. I’m starting to think like a biologist, somebody who is studying an endangered species, something that can disappear.’

“As a planet, we can only risk emitting 1000 gigatons (Gt) of C02 into the atmosphere this century.”

“That means cities have a crucial choice: build green infrastructure instead of traditional, and avoid locking in 45 Gt C02 by 2030, eight times the US’s current annual emissions.

McSweeney's :: This Bridge Will Not be Gray, by Dave Eggers Illustrated by Tucker Nichols

Wishing to switch coasts for an afternoon to pour over these luscious plant palettes at the National Museum’s newest exhibition . . . ah, the frustrating constraints of geography. Happily, we have our very own Northern CA treasure at Cornerstone

Core 77 :: Highlights From The VnA Museum for London Design Festival

Welcome to the new site! We are proud to have completed a comprehensive process in which we have improved they we communicate our identity and ideas, elevated the quality of our imagery, set new graphic standards, started a blog, and joined modern technology on WordPress. We are a firm that is proud to express our many voices, and we’re excited to use this new website as a tool to do so.

Three cheers and a huge thank you to Futurepruf, dstl, and Boon design.

The Watershed Project focuses on driving grassroots action, education, and advocacy for developing healthy watersheds in the San Francisco Bay Area, from the upland to the Bay. In addition to leading multiple community education programs on watershed structure, health, human impacts, The Watershed Project manages the Living Shoreline Initiative, bringing together community members, students, and scientists to physically build a healthier Bay by constructing an artificial oyster reef.

In 2013, The Watershed Project launched 100 reef balls into San Pablo Bay at Point Pinole Regional Shoreline.  These reef balls are hollow domes made out of oyster shells, bay sediment, and cement that form a craggy surface conducive to the growth of the Olympia Oyster, the only oyster native to the west coast of North America, which was nearly destroyed by over-harvesting, pollution, and sedimentation.  Working with scientists at the San Francisco Bay Native Oyster Working Group, The Watershed Project is using these reef balls to begin restoring the lost habitat of these oysters in hopes of eventually improving bay water quality and improving habitat for other species.

The Oyster Monitoring and Restoration Program brings adult volunteers to the reef to help collect data on the oyster communities, and in August a few CMG-ers took part in the counting.  Volunteers perform a careful sample count to track the number of oysters and other species growing on each reef ball.  The monitoring process not only allows scientists to better understand role of oysters and their habitat, but also builds a civic ecology — a community of stewards that will support improving oyster habitat and watershed health over the long term.

“That means it would be among the highest prices paid for an office complex in S.F.'s history.”

Sure is a beauty; we're proud of the new plaza space.

Thanks to CMGer Rayna Deniord for sharing this profoundly poetic saga of a contemporary nomads. Mule and his pack are making a pilgrimage as a cautionary to contemporary culture. Check out their route + citations in Menu.

Last seen in Woodside, CA (peninsula), and it looks like the pack passed thru our fair city last week. They proceed south, and where to is anyone’s guess. So, if you have Monterey, Big Sur, or LA plans this Labor Day, keep your eyes peeled for these dusty heroes.

“This interstate system shall be developed for pedestrians, cyclists, and equestrians with freedom to stop and rest outdoors for the night.”

“The problem isn’t the scale of what’s proposed, or the architectural mishmash in the mix. It’s the way that a confusing process encourages checklists over creativity, while opponents would rather fight to stop nearly all change, rather than find ways to make that change enrich downtown’s sense of place.” – John King

CITYLAB :: A Very Early Yet  Highly Accurate Guide To This Coming Winter

CITYLAB :: How to build a city on the moon

How do these new, quick-to-erect, floating data centers integrate with SLR, intertidal wetlands, shoreline shadowing . . . we're curious where BCDC falls on this issue.

“Magcale said that Nautilus’ patented cooling technology is 5x more efficient than conventional land-based data centers and is up to 70% cheaper to build. It also reduces annual energy costs by 35%, he said. According to the firm’s Web site, waterborne data centers can be configured and operated with up to 800 server racks and can be deployed in less than six months anywhere in the world.”

BISNOW :: 5 Ways Technology Is Going To Change A City's Infrastructure

Clearly, more research is needed and only time will tell, but the predictive future of infrastructure is still a fun musing. Surprised the driverless car didn’t make the list. 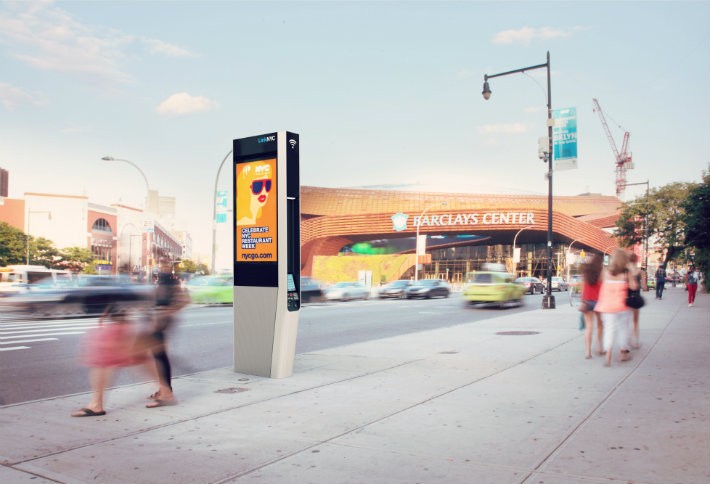 Dezeen :: The Sequence By Arne Quinze

CITYLAB :: This Mexican Neighborhood Lives Inside a Huge Mural (If you can effectively ignore GoPro promotional)

Welcome back to the mighty Austin team! Congrats on heroically surviving marathon public charrettes (inside for 12-hr days, they at least averted the 100-degree weather).

Much of the public art in this edition’s Monthly is courtesy of TI’s Arts MP Visioning workshop, led by the San Francisco Arts Commission. CMG's Pamela Conrad pulled another miracle out of her back pocket this week to lead a successful first-round group brainstorm for making TI a world-class arts destination.  More public art wonders on our new Pinterest page.

As TI begins to contemplate art, Hunters Point gets it in the ground! Feast your eyes on one of the Bay’s best kept secrets . . .

Thanks, CMGer Liz Richmond, for sharing this spellbinding two-year time-lapse of our UC Berkeley Lower Sproul Project! (Building starts getting eaten at 00:50)